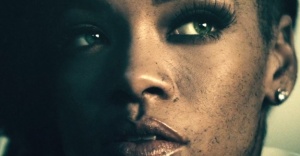 I think most types of music sound good in cars, but some work better than others. And some excellent genres make no sense in there nearly all the time. Vervy, that time you made me play that gospel house mix as we drove to Northcote Aquatic centre during the day? On a Tuesday? That made no sense. That really sucked.

During my week-long binge of pop I discovered that this kind of music sounds perfect in an automobile. I have a really bass-heavy stereo system in my car. This is not a boon; it’s that crappy bass that makes the car sound like a rattling sunglasses case. Most of the time it’s turned on -2. Maybe all new car stereos are heavy in the bass, attenuated to pop’s soundscape, which like the body of any proper pop star has a big, non-threatening bottom, and always wears a glossy, shimmering top.

Firstly: it’s all very big. Fisher writes about ‘feeling as loud as the music … as though my skin is the only thing that keeps me from going everywhere all at once.’ The passage is unclear, or rather purposely indirect about whether the narrator is describing the effect of the music upon her as she drives, or the peaks of bipolar (one of Fisher’s famous afflictions), or, at a stretch, the affect plateau. The affect plateau is the banal but nonetheless beatific pleasure of everyday happiness. Ecstatic normality – an ecstatic realisation of an unremarkable reality. A woman drives her car. I remember wanting to kiss the dirty ground of Maylands at the tail end of a bad acid trip when I realised, looking at the clouds, that they no longer wanted to kill me. It was sunset. Later, friends would tell me that the problem was that we’d gone day tripping (and sure, maybe day tripping can be too much), but I still think that stuff we’d taken was poison, something not LSD. In any case, I was coming down – an inevitable process that up until then I’d anticipated with sadness because it meant the nice drugs were going away. But from this time I always felt secretly grateful for the come down, even at its most jaw-grinding and psychically brutal. Because a come down is a return to reality. Beautiful, sweet, normal normality. Humble, dear normality. Fragile, contingent, improvised reality. How do we do it, find what we all want to do and feel, agree on it, and proceed?

Is the car designed for pop or is pop designed for the car? Anyone who thinks of the synchrony between the two as modern forgets that this is a site of ghosts and dreams, both of which are profoundly unmodern. This brings me to my second point: big metaphor. To paraphrase Fisher – while listening to pop music in my car it struck me that this is the form for people that want to feel as loud as their music. The production and arrangements of contemporary pop are so expansive that turned up, it’s like your skin is all that keeps you from going everywhere immediately. The arrangements in contemporary pop have become increasingly abstract, as near to contextlessness as anything I can think over. Whatever the watered-down influences were – reggae, hip hop, house, rock, blues – all these referents are buried within their prior invocations, in pre-existing pop of years gone by. The form has truly eaten itself, spewing sonic cues that seem to come only from other pop songs. I listen and just think, this sounds so big, cavernous. Like a new mansion in an outer suburb, this doesn’t seem like anything but its size. All the while the lyrical tropes have become increasingly tight, controlled, and condensed. On one hand the bigness of the sound and metaphor make a grand space, a vast sound-scape for its listener. Arguably this bigness attracts those who otherwise feel small – this might explain the appeal of pop to young girls. On the other hand the lyrical condensation – caught around the one big metaphor – feels constrictive, imprisoned. The single signifier dangles in the rhythmic space (a telephone, a halo, a chandelier, diamonds, titanium) and then gets milked for all its worth. The pop star with her cascading synths is like someone stuck in an out of control elevator, soaring to the highest heights at immense speed. But she is soaring along in a box she can’t leave.